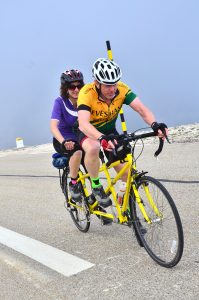 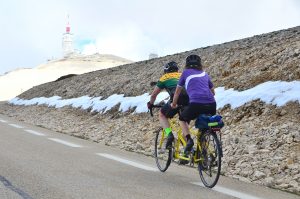 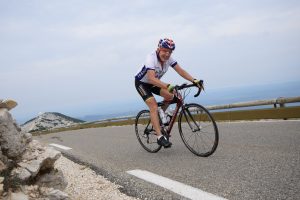 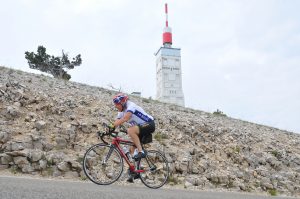 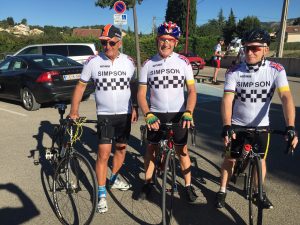 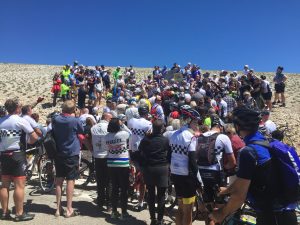 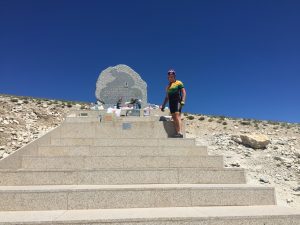 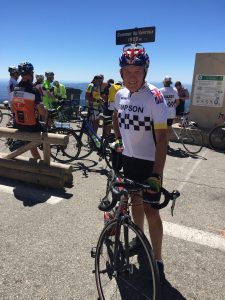 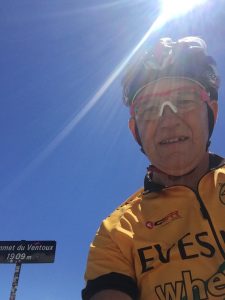 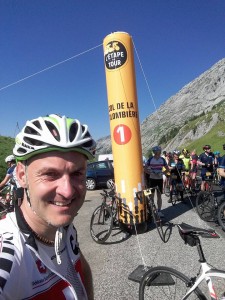 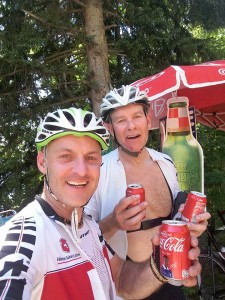 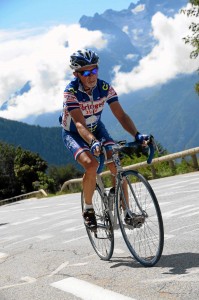 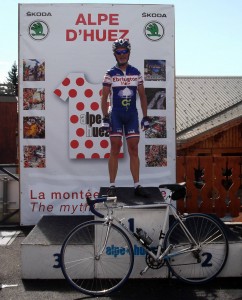 Hall and the group took in some touring on the excursion before tackling the fearsome 1,912m climb, which is nicknamed ‘The Giant of Provence’.

Another Wheelers female member, Fiona Narburgh, has also completed one of France’s toughest climbs and one that features on Saturday’s penultimate stage of the Tour de France – the 1,860m Alpe d’Huez.

The climb was done in 35 degrees Celsius heat before a thunderstorm caught the riders on the way down!

Wheeler Helen Russell is nearing the completion of the One Day Ahead challenge to complete the 3,300km, 2015 Tour de France route one day before the race, despite crashing on Stage Two and suffering a gashed leg which required ten stitches. 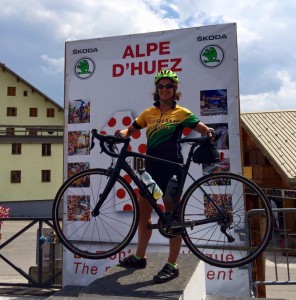 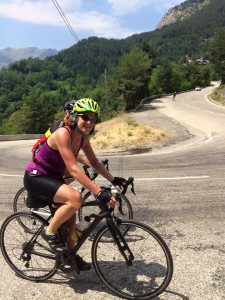 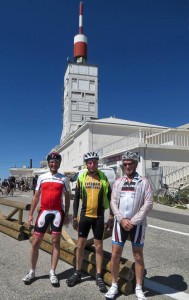 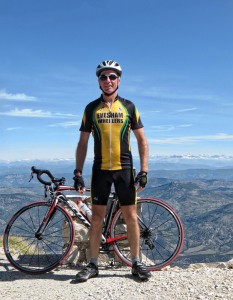 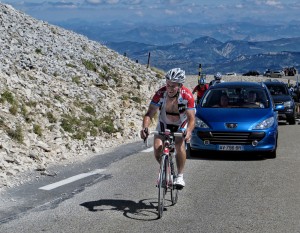 The Missing Last of the Summer Wine Episode – Three Wheelers in Provence – Cast in order of descending age: – Norman Redgewell, Chris Farman and Keith Marshall. We’re not exactly certain who is which character but two of us are pretty sure who is Compo! The three of us left Evesham on a Friday night to drive south to catch an early morning Eurotunnel train in Norm’s newly acquired estate car. Our three bikes were dissembled and the parts wedged in the back with our bags. Norm drove all the way to Folkestone though he did take a passenger seat for the long drive down most of France to the campsite at Malaucene on which we had a cabin booked for a week. We arrived early evening but could see Mount Ventoux, aka The Beast of Provence, as we made our way across the last 50 miles of country after abandoning the traffic clogged motorway. The cabin was a bit of a squeeze but luckily Keith is happy with basic sleeping arrangements – sleeping in the kitchen diner leaving the tiny bedrooms for Norm, Chris and two of the bikes. Our first target was to cycle up Mont Ventoux on the 21km road straight out of Maluacene. It is an average gradient of 7.5% with very few flatter parts but a few parts of over 11% to make things harder. It was warm and sunny and the hardest part was the sweat stinging our eyes, made worse by wanting to do it nonstop, so that we couldn’t stop to mop our brows. Keith and Chris got to the top in just under 2 hours and Norm just a few minutes later. I reckon he hung back to make sure I was ready to photograph him. It was cold at the top despite the sun and we had to put on an extra layer for the much easier long downhill run. We went back down the other side to Sault and then looped along a lovely valley back to base via a village bar for a welcome but expensive blonde beer each. Over the next few days we alternated flatter routes in Provence further south in the Carmargue and with ascents of Mont Ventoux via the two other departure points of Sault and Bedoin. This was largely due to the fact Norm bought a cycling shirt that included the three possible routes! The Sault route was easier except for Norm who punctured near to the Tom Simpson memorial, stopping him doing another non-stop run. After our three ascents of the Beast we had an easy day through local villages although Chris did break a chain, our worst mechanical issue in the 500 or so kilometers we covered before the long trek north in the car. We can thoroughly recommend the location for a cycling holiday – provided you don’t mind hills. 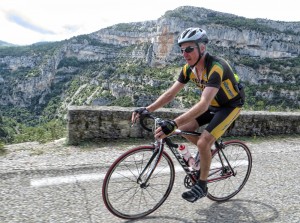 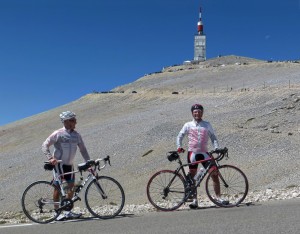 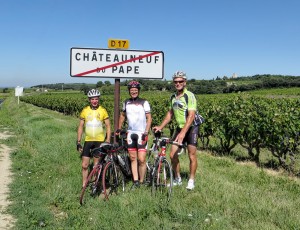